‘I challenge assumptions about women. I do make some people uncomfortable, which I’m well aware of, but that’s just part of coming to grips with what I believe is still one of the most important pieces of unfinished business in human history — empowering women to be able to stand up for themselves.’ – Hillary Rodham Clinton

Women of all backgrounds and professions can sometimes find themselves being perceived as weak, no matter how hard they fight against the stereotype. One well known, and recent, proof point for this is Hillary Clinton. Whether you were for or against Clinton becoming president, the narrative that engulfed her campaign proved that it’s still difficult for us to treat men and women equally.

The former FLOTUS, Secretary of State, mother and grandmother has an impressive and lengthy resume. And yet, in the first 2016 presidential debate, President-elect Trump criticised her for not having the ‘stamina’ to be president.

Quite rightfully, she retorted:

‘As soon as he travels to 112 countries, negotiates a peace deal, a ceasefire, a release of dissidents, an opening of new opportunities and nations around the world – or even spends 11 hours testifying in front of a congressional committee – he can talk to me about stamina.’

She was subject to similar criticism during her campaign when she fell ill with a brief bout of pneumonia. After concealing her illness for five days, one stumble on stage at a 9/11 commemoration ceremony, resulted in a political backlash.

‘Mrs Clinton’s ill health has made her look weak. That is an impression that could prove especially damaging for a woman: sexism is plainly behind some of the titanic hatred of Mrs Clinton.’

Of course, none of this is about which gender actually has more stamina. It’s about the fact that people still assume women are weaker than men. In 2016, with a capable woman running for president, the media and Trump regularly questioned her ‘look’ and ‘stamina’ over her political policies.

In short, this was very public proof that the world still believes that women aren’t‘strong’ enough to make it in male-dominated professions. This is as true in business as it is in politics.

‘Weakness’ in the office

Having an equal balance of women and men in your C-Suite can benefit your company, but the idea persists that women can’t hack it at the highest levels of business. Many businesswomen, despite working hard, are still given fewer leadership roles than men and subsequently suffer from a lack of workplace opportunity and respect.These assumptions around female weakness aren’t always intentional, but they can and must be unlearnt.

According to Close the Gap:

‘Recent research from Catalyst in the US shows that companies with the highest representation of women on their top management teams delivered 53 percent higher return on equity and 42 percent higher return on sales than companies with the lowest. This has been explained by the fact that having more women at senior positions extends the portfolio of skills at the top of an organisation and gives the company a better ‘feel’ for female customers.’

The key here is to recognise the bias we’re mostly unaware of in everyday work situations so that you’re able to counter it and, hopefully, start giving women more progressive opportunities. Here are just a few examples of potential gender bias in your everyday office environment.

It’s your Monday morning meeting and the bias (unconscious or otherwise) begins:

All of us take leave, whether it’s for our family or our health. Men and women can take paternity or maternity leave, respectively, in order to care for their children. However, in some instances, women are perceived as weak for taking the time off available to them.

Similarly, many women are viewed negatively for leaving early to collect children from school or caring for a sick dependent. What often goes unseen, however, are the hours spent in the evening catching up on work, putting in just as much effort as her non-parent colleagues.

Taking time off–whether it’s 12 months ofmaternity leave or an hour at the end of the day – is not a sign of weakness or slacking. It’s perfectly possible – and proven – that women and men needn’t choose between raising children and having a career.

The standard office dress code is ‘smart’ and in most cases, men will stick to the suit, shirt and tie combo. But for women, there’s undeniably a wider range of clothing options to choose from.

Whether you see these gender stereotypes and assumptions in your workplace or not, it’s clear that they exist. If Hillary Clinton – arguably one of the most powerful and influential women of 2016 – faced sexism during her campaign, it’s possible that any of your female colleagues could be subject to the same treatment.

It’s important that your workplace openly discusses and targets gender stereotyping. Try to educate your employees on how to respect one another and appreciate differences. And, lastly, don’t allow anyone to assume that the women in your workforce are weak. They’ll always prove you wrong. 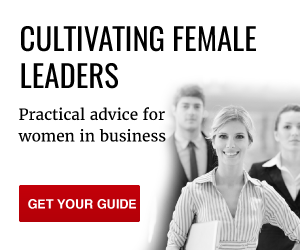